Collecting unemployment in New York for the Self-Employed 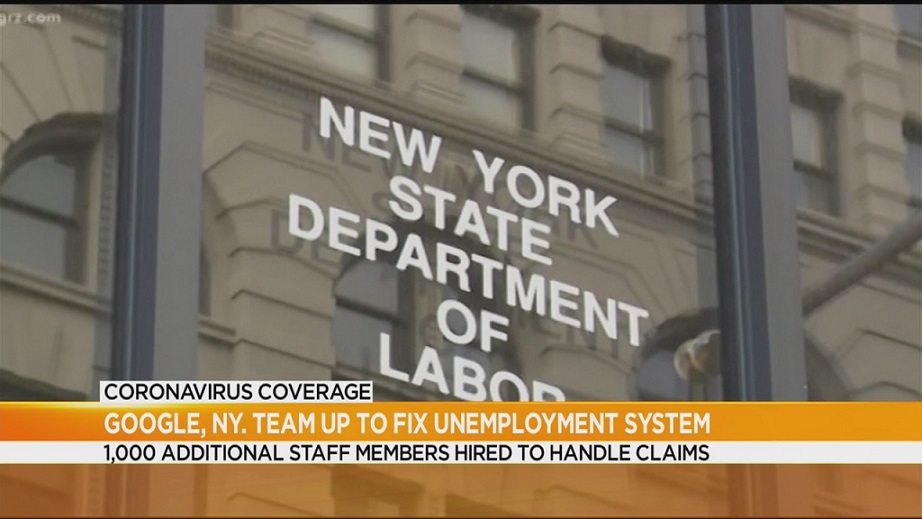 On Monday, Cuomo announced the state would be partnering with Google to create a new website that would help streamline the application process for those still seeking to file a claim.

The website was expected to launch last night, but instead, it launched Friday morning at 7:30.

It can be accessed by going to unemployment.labor.ny.gov.

To sign in, you will need to enter your ny.gov ID information or create a new account.

From there, users will be asked to fill out an application and submit any required documents through a secure online portal.

If you have problems with your current account or issues with creating one, you can call 800-833-3000 for assistance.

Anyone who partially completes their application will be contacted by a service representative within 72 hours.

How does the callback system work?

After applying, a state representative will reach out within 72 hours to complete your claim.

Those who have filed a claim and were told to call the unemployment hotline to complete their application should stop calling and wait to be contacted, according to the Department of Labor.

“Anyone who was already in the process of filing an application, whether by phone or online and was told to call back to complete their claim will not have to call back,” Deanna Cohen, a spokeswoman for the department, said in an email Friday.

A total of 810,000 have filed an unemployment claim as of Thursday, Melissa DeRosa, Cuomo’s top aide, said.

The state is in the process of completing those claims.

A total of 6,000 people have been contacted under the new call system as of Friday morning, DeRosa said.

I’ve applied using the old site. Should I do so again?

Claims filed using the old website are still being processed and anyone who was told to call the state’s unemployment hotline to complete their application should stop calling.

A representative from the Department of labor will instead contact you within 72 hours.

What’s the best way to apply?

The state is urging all those looking to apply for benefits do so online and wait to be contacted by a representative.

But calls are still be accepted through the state’s unemployment hotline at 888-209-8124.

To better process claims by phone, the state has started fielding calls seven days a week and has implemented a filing system by the last name.

The filing system by the last name goes as:

What do I qualify for?

A number of unemployment benefits have been extended to those who normally would not qualify as a result of the federal Coronavirus Aid, Relief, and Economic Security Act, or CARES Act, a $2.2 trillion stimulus package approved by Congress last month.

New York provides up to $504 a week for unemployment, based on a person’s salary.

But individuals cannot apply for PUA until it is determined they do not qualify for regular unemployment benefits.

That requires an extra step.

First, a person must file a regular unemployment claim through the state’s Department of Labor.

Once it’s determined they do not qualify, they can then apply for PUA through the state.

What else do I get under the CARES Act?

Those who qualify for unemployment benefits will also receive an additional $600 a week from the federal government through July 31.

In addition, the federal government is in the process of sending out a one-time stimulus check to nearly all Americans. Most individuals

After Sandy, the lifeguard stations on New York’s beaches were destroyed. But these new versions are built to withstand a storm–and might be a model for how to think about building better for the future.

Jim Garrison is a busy man. Just before Christmas, his architecture firm got a call from New York City officials asking if he could design and build nearly 50 lifeguard stations and other beach structures to replace the ones wiped out by Sandy. The one catch: The new units needed to open to the public in five months, on Memorial Day weekend, the symbolic start to summer.

The new structures will be constructed in a factory offsite, and later installed into site-specific support structures and access ramps on the beaches. Relying on quick-to-install modular structures in the future might serve as the foundation for the reconstruction of whole neighborhoods (as opposed to throwaway, temporary trailers).

When Garrison Architects needed shop drawings done so the contractor could begin fabrication, they called Consulting For Architects (CFA) to find them an architect to execute the drawings.  “Within 24-hours, we closed the deal with Garrison Architects and a talented CFA Consultant who started this week.” stated CFA owner David McFadden.

Since then, “it’s been a wild ride,” Garrison told me over the phone on Tuesday. After 40 days worth of 16-hour planning sessions, Garrison Architects emerged with a plan to introduce net-zero energy, flood-resistant, modular structures along the beaches of Coney Island, Staten Island, and Rockaway Beach. He says his designs are not only economical and aesthetically interesting– but could help lay new groundwork for the way that cities respond to climate change-related disasters in the future, by relying on quick-to-install modular structures that serve as the foundation for the reconstruction of whole neighborhoods (as opposed to throwaway, temporary trailers).

Better lifeguard stations are nice, but their design could also help lay new groundwork for the way that cities respond to climate change-related disasters in the future

He says the initiative is the first time he can think of that any American city is “confronting the reality of starting to build infrastructure that can deal with these enormous storms and can live beyond them.”

Garrison’s designs for new lifeguard stations, comfort stations, and beach offices include a number of features that make them both flood-resistant and sustainable: they’re elevated above the new FEMA storm surge numbers, and they rely on photovoltaics, solar hot water heating, and skylight ventilators as part of a net-zero energy system. The wood siding was salvaged from boardwalks wiped out by Sandy.

The project also involves relandscaping the beaches, reintroducing dunes in certain places to help protect the shore, and eliminating boardwalks. “The waves basically just roll under [boardwalks] and sometimes take them away with them,” Garrison says.

The new structures will be constructed in a factory offsite, and later installed into site-specific support structures and access ramps on the beaches. According to a briefing by Garrison’s firm, “New York has only a handful of modular buildings, such as low-income trailer housing or modular classrooms, most of which essentially qualify as manufactured boxes on chassis, not unique designs. Our modules are a premier example of cutting edge modular building practices and sustainable design solutions for the future.”

The new buildings are elevated above the new FEMA storm surge numbers, and they rely on photovoltaics, solar hot water heating, and skylight ventilators as part of a net-zero energy system. The wood siding was salvaged from boardwalks wiped out by Sandy

What’s perhaps more impressive than the speed of the design is the way the city’s bureaucracy got out of the way to let the project unfold under tight deadlines. “I’ve never seen anything like it on [the city’s] part,” Garrison says (and he’s been designing buildings in New York for more than three decades).

Garrison hopes that the project serves as a model for disaster rebuilding efforts in the future, when it’s possible that Sandy-strength storms will be the norm. “Next time it hits, can we mobilize [modular design] as disaster housing? And I mean good stuff–not FEMA trailers that make people sick, stuff people can really live in for the long term?” Garrison wonders. “This is a way to build in an era of congestion, ecological challenges, and the need for permanence.”

Credit Zak Stone
Zak Stone is a staff writer at Co.Exist and a co-founder of Tomorrow Magazine.

All I can say is did we really need to do this?