“Where Are The Qualified Architects?”

Home » Architecture Careers » “Where Are The Qualified Architects?”

“Where Are The Qualified Architects?” 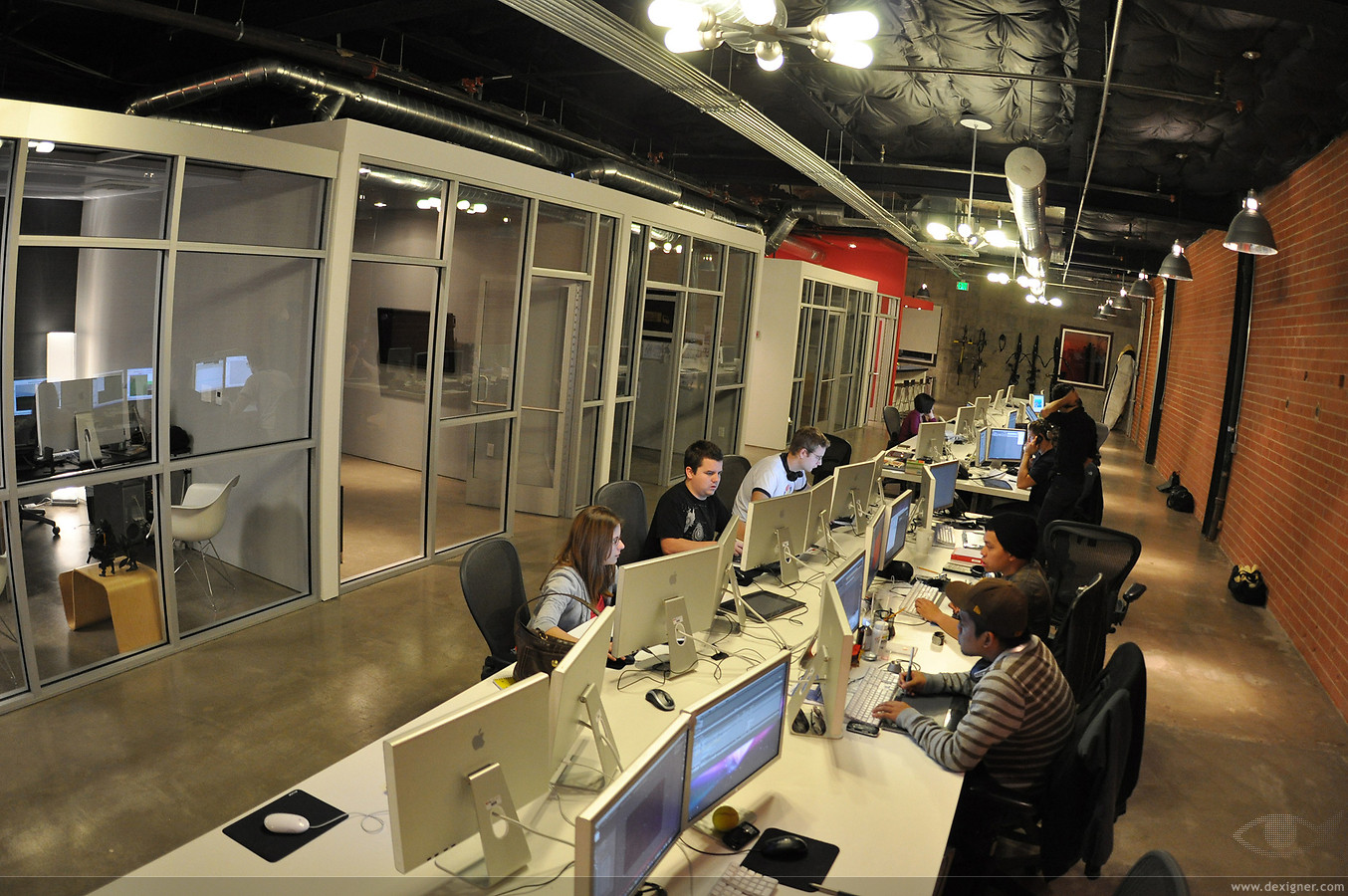 Employers Ask. They All Got Jobs.

6  Crucial Ways to Repopulate Your Workforce

Unemployment rates are still uncomfortably high across the nation, there is a misperception that architectural talent must be plentiful, but for specific experience, the exact opposite is true. The shortage is so acute that it has been associated with a rise in offshoring, a bidding war and comparisons to college recruiting. To secure the architecture talent they need, hiring managers must adopt a competitive hiring strategy or lose to someone who does.

Architects had to get even more creative after the economic recession that began around December 2007. The built-in versatility from their studies in areas such as civil engineering, math, art history, and physics positioned them well for thinking outside the box. Jumping ahead seven years, the demand for architectural talent in the wake of the recession has re-stabilized, but talent availability lags behind. No hiring firm could have possibly predicted this rapid shift. To remedy the imbalance between supply and demand, hiring firms must shift their perception of what is viable and consider potential candidates on more realistic criteria.

Within the last 10 years, supply and demand in the architecture industry have moved in opposite directions. Uncertainty about capital access discouraged building development, leading to dormant projects and a lack of ambition in both the commercial and residential markets. In 2012, a study by Georgetown University revealed that architecture graduates had experienced the highest rate of unemployment (13.9%) when compared to other fields. Prior to the recession, this problem was not nearly so pronounced.

The poor economy challenged architects to get creative. According to the Department of Labor, 39,900 jobs were lost in 2010 alone. Architects were forced to think flexibly in order to sustain a livelihood and many did. For example, take 26-year-old architect Natasha Case: she was laid off from a prestigious position at Walt Disney Imagineering. Within a year, Case developed a homemade mobile ice cream business with a friend. Flavors were inspired by architecture. One such flavor was the “Frank Behry,” named after renowned architect Frank Gehry. The startup was such a hit that Case’s former employer, Walt Disney Imagineering, became a customer.

Case is not the only person who resorted to new endeavors during the recession. After years of uncertainty, architects have settled into new careers both in and outside of the industry, leaving the talent pool depleted.

As the architecture industry attempts to bounce back from economic instability, the landscape has changed significantly. According to MNI News, hiring firms in New York, Los Angeles, and North Carolina report explosive growth; the American Institute of Architects released a billing index in August 2014, showing its highest growth rate since 2007. There are no signs of this pattern slowing.

Industry spending is projected to increase by 10 percent for non-residential construction in 2015. Kermit Baker, chief economist at the American Association of Architects, attributes this growth to more capital access and recovering business confidence.

Institutional projects, which were sluggish in early 2014, are generating growth as well, with public, private and charter school projects popping up in New York City, Long Island, and beyond. Better access to capital has allowed for the renewal of projects that were once dormant, and for the launching of new ones. The Housing Studio, an 18-year-old firm in Charlotte, North Carolina, is billing at its highest rates.

According to the Federal Reserve’s economic forecast, growth is expected to rise 3 percent in the second half of 2014, followed by another 3 percent in 2015. At the same time, the national unemployment rate is projected to fall to 5.5 percent in 2015. Design projects are regenerating, demand snowballing nationally, and architectural demand outpaces supply.

Like Natasha Case, many architects have scattered into new industries since the recession. Architecture graduates have been forced out of the field due to a lack of opportunities and inadequate levels of experience.As many hiring firms know, several factors must fall into place for talent to be hired for a project. Candidates are expected, at a minimum, to be proficient in design software, have at least three to seven years of experience in a specific type of work, be eligible to work in the U.S, and be a good cultural fit. The rise in both residential and commercial design projects in 2014 qualified architects, who are still in the talent pool, simply cannot meet the demand.

On top of this, federal and state laws provide a slew of other obstacles for hiring firms to secure the right candidates. Even small firms must comply with the requirements laid out by the Affordable Care Act and the Department of Labor and Homeland Security. Further complications arise when determining exempt vs. nonexempt employees, contractors and overtime eligibility. Considering this myriad of complications, it is no surprise that firms are experiencing an imbalance of supply and demand.Aside from this, cultural changes have caused Millennials to leave their firms after an average of just three years. This puts an extra layer of pressure on firms to continuously cycle through the recruitment process. Retention levels have dipped due to this shift toward a freelance-style career.

In combination, these factors lead to significant stress and a continuous lack of stability at firms, who must constantly process recruitment materials and decide on new candidates. A simple attitude adjustment by hiring firms is necessary for the industry to regain its economic footing. This does not refer to a lowering of standards but rather an expansion in considerations during the hiring process.

In Order to Compete for Quality Talent, Hiring Firms Must Be More Flexible in 6 Crucial Areas:

1. Experiential Requirements
Considering the sluggish pace at which design projects progressed in recent years, newer architects were unable to acquire extensive experience in various areas. With larger commercial projects handed off to established architects, those with less experience are continuously overlooked.

2. Cultural Fit
While a person’s character and their ability to mesh with current company values are important, the decision to hire should primarily be determined by the candidate’s ability to execute the design. Assessing perfect cultural fit is generally a matter of opinion, best made flexible during times of talent shortages.

3. Compensation
Considering the level of competition currently face by hiring firms who are in need of talent, flexibility in compensation is crucial. Approaching candidates confidently with a reasonable figure will motivate them and assure them that they are in the right place.

4. Hiring Time
Architects are at an advantage as the industry currently stands. When the correct candidate is found, hiring firms should work to reduce the time between the initial meeting, and the extension of an offer; under lengthier circumstances, architects may move on to other available firms.

5. Employment Duration
While it may be frustrating for both firms and architects to be floating in a sea of uncertainty, this post-recession period of adjustment are unavoidable. It’s worth considering a candidate regardless of the amount of time he or she plans to stay with a firm, and the training time required.

6. Project Placement
In a talent shortage such as this, it may not be feasible to have every employee working as a full-time staff member. While it may sound like a hassle, temporary employees can provide the extra energy burst needed to push a project beyond original expectations. These employees could also serve as a more objective third party with unique backgrounds and perspectives while stabilizing the peaks and valleys associated with architectural practice.

As projects slowly resume and capital becomes available, a full recovery from the recession is in sight. The final puzzle piece involves architects being reacquainted with hiring firms. At least a few decades will pass before for the talent pool can catch up with demand. With many senior architects out of the game for good, and waves of graduates who’ve yet to mature, this problem won’t diminish anytime soon.In order to bridge the gap, hiring firms must be willing to adapt. If the above changes are implemented, hiring firms will be better able to thrive in the industry’s current climate.